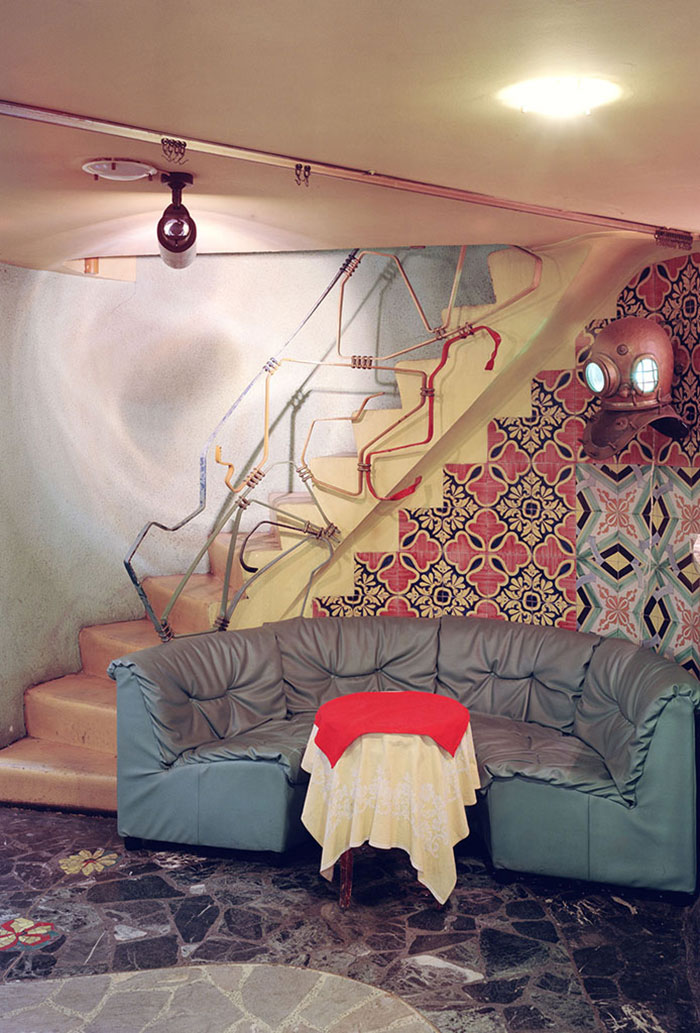 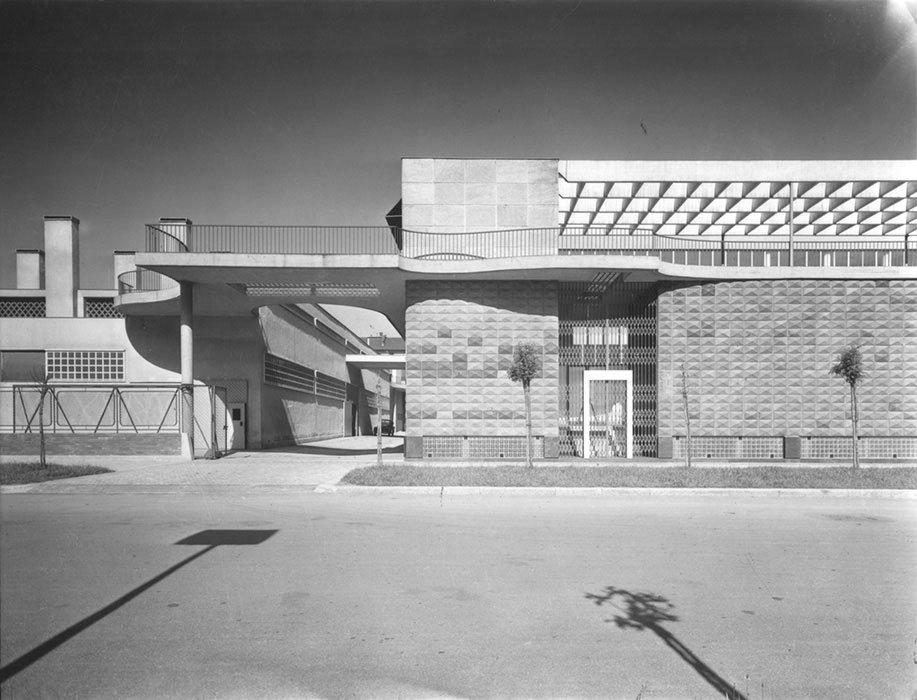 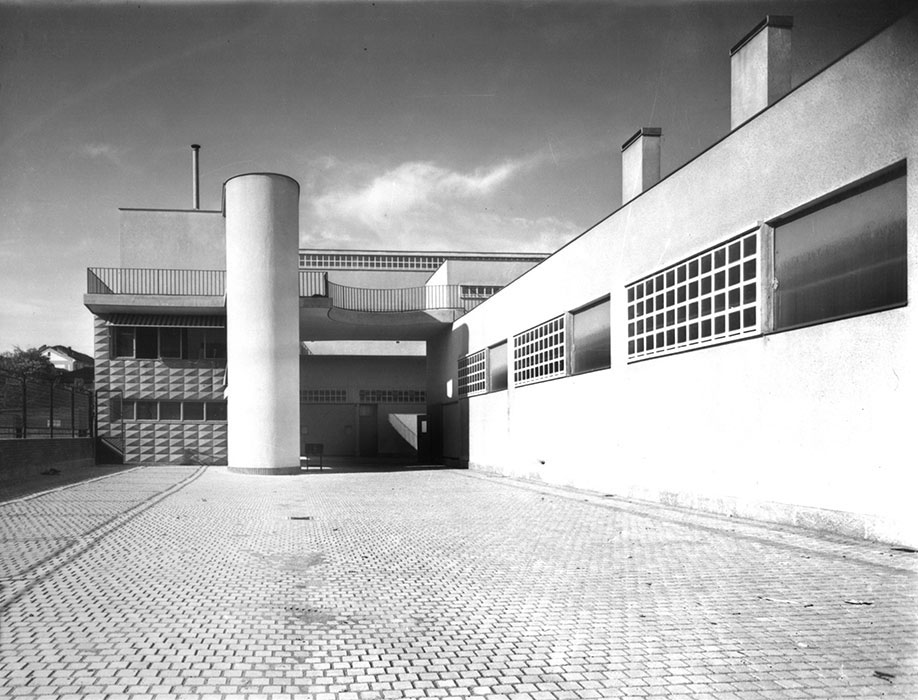 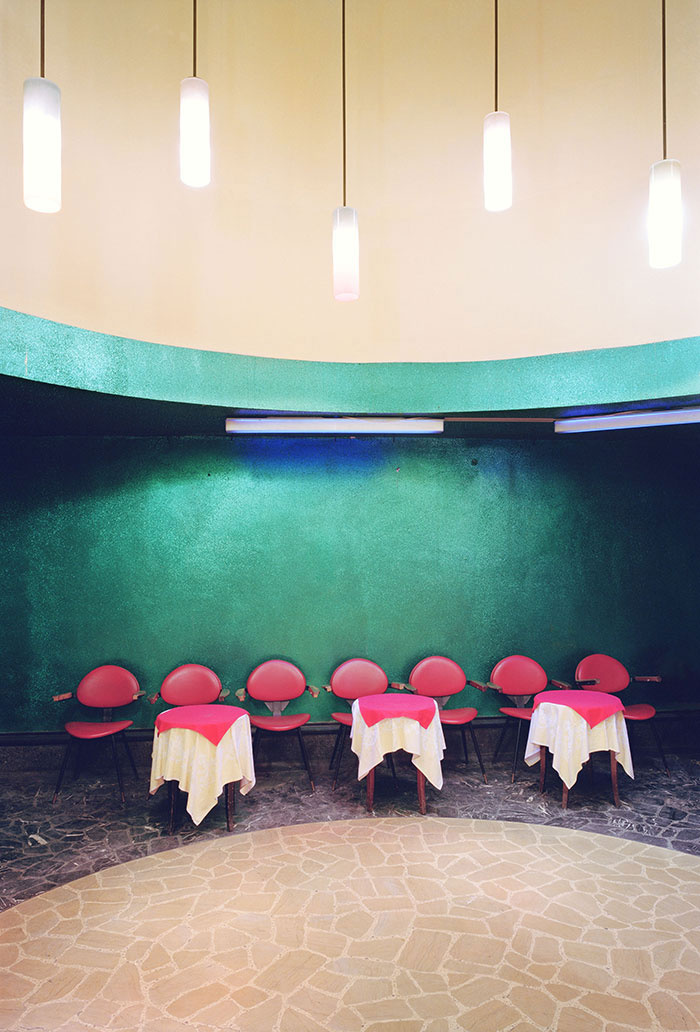 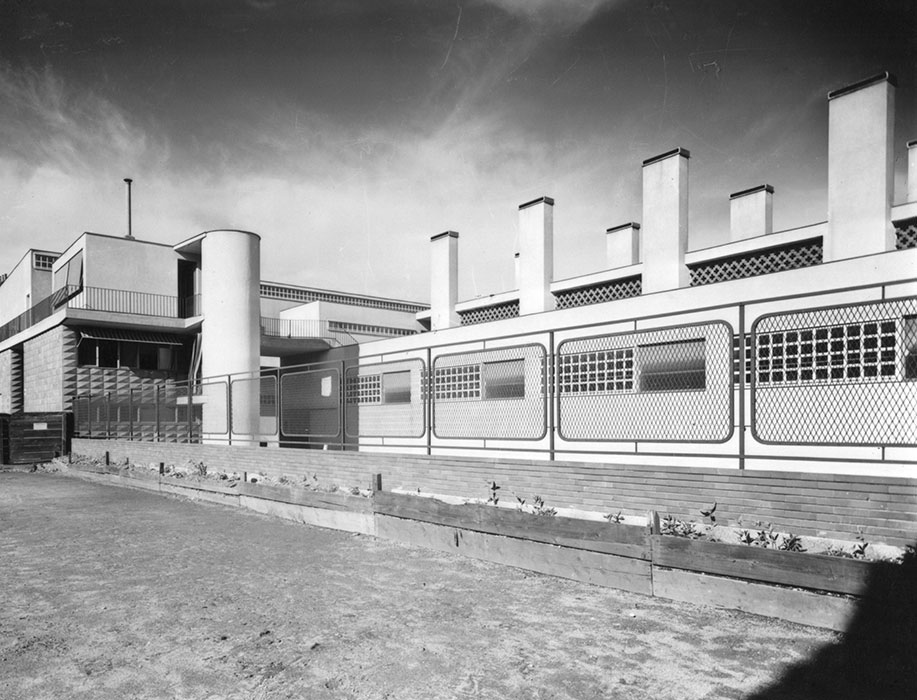 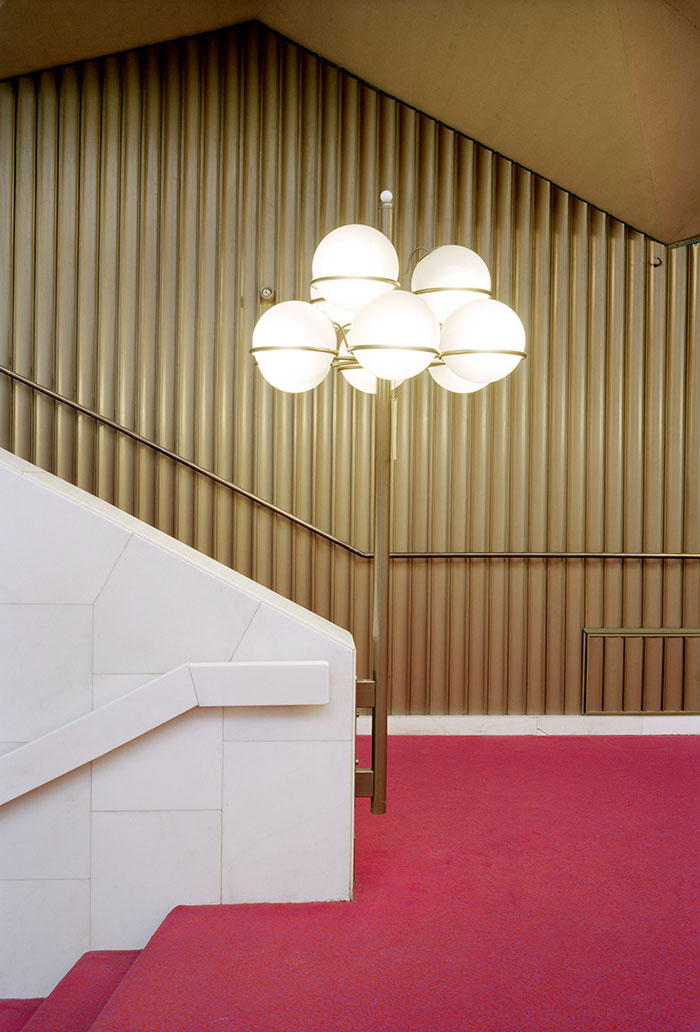 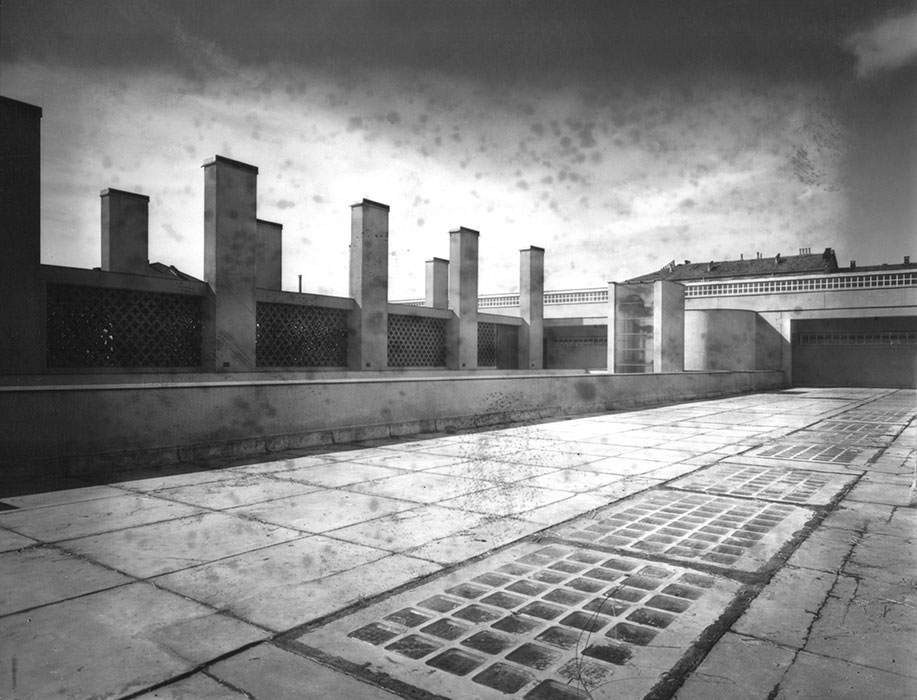 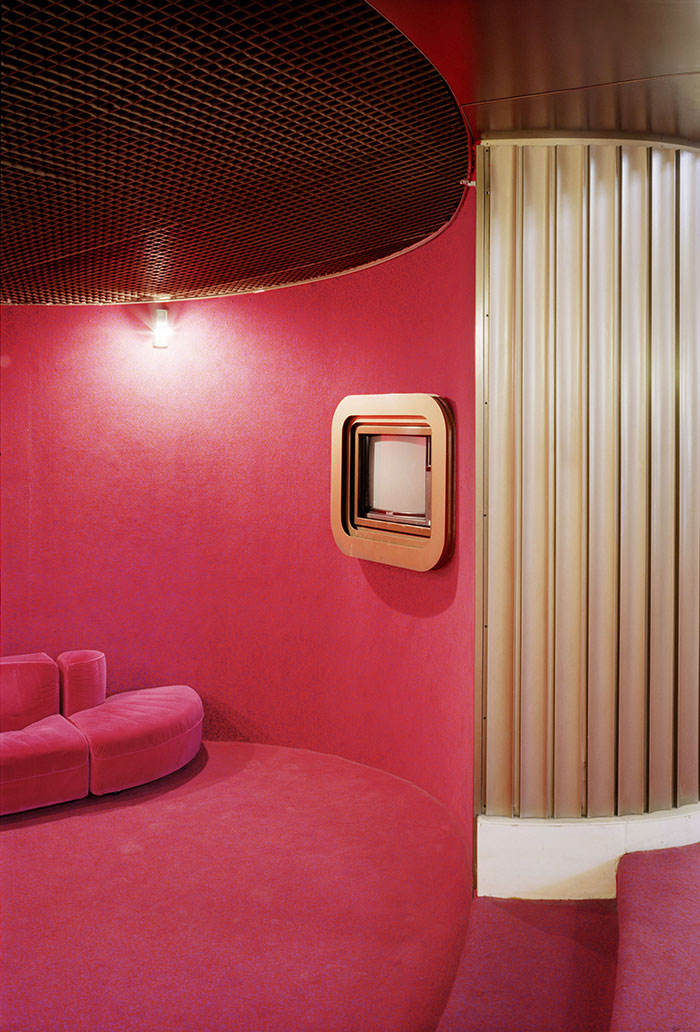 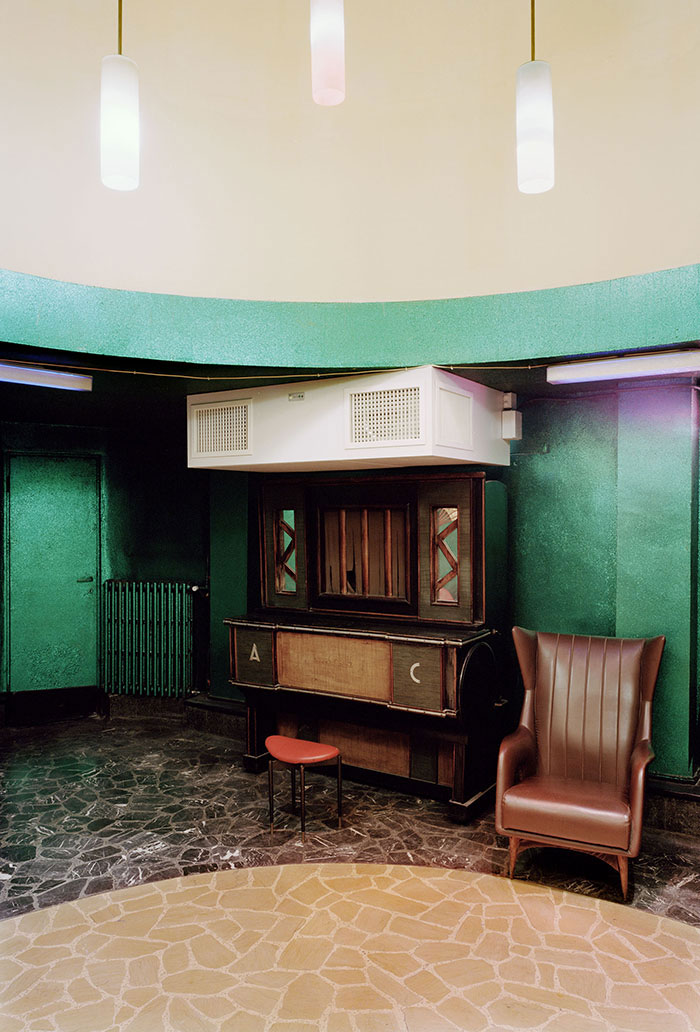 This project presents a brief incursion into the visionary world of the famous architect and photographer from Turin. It is an attempt to create a dialogue with his work lingering the eyes on my favorite locations: a theater and a dancing hall of the 20th century, as well as researching in Mollino’s historical archive. The black and white documentary images of the Turin Horse Society show his masterpiece building blindly demolished in the 60s. My color large format photographs look at the only two Mollino public interiors today preserved. The series wish to suggest a reflection on two visions in contemporary photography, a dialogue between past and present, indoor and outdoor spaces, realistic represention and love for the mise en scène, typical of Mollino’s approach.

Project commissioned by Domus Magazine and built up at the occasion of the exhibition “Atlante 007. Rischio Paesaggio”, at MAXXI, Museum of 21st Century Arts, Rome. Thanks to Studio De Giorgi, Milan, Teatro Regio and Archivio Carlo Mollino, Turin. 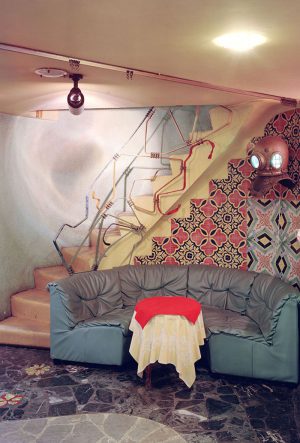 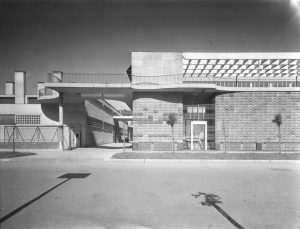 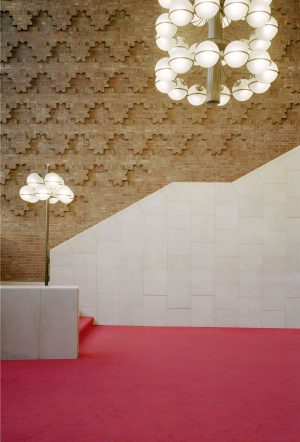 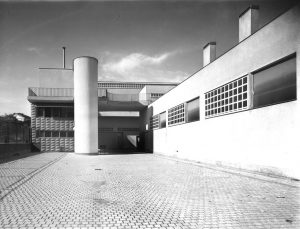 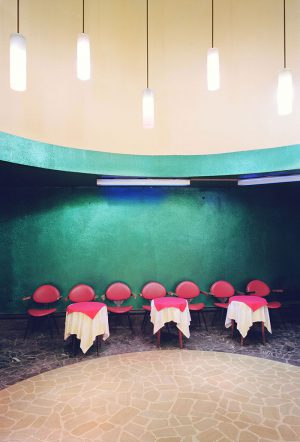 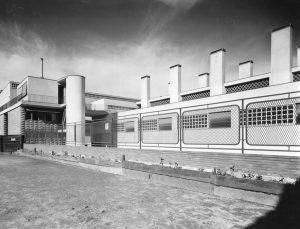 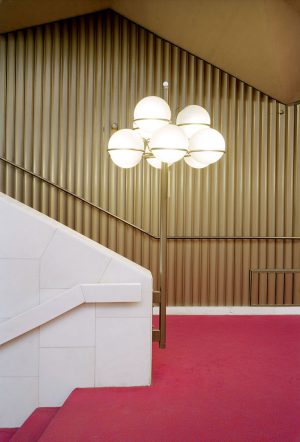 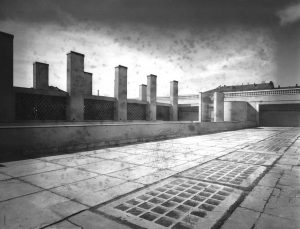 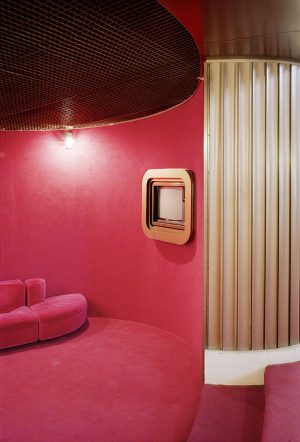 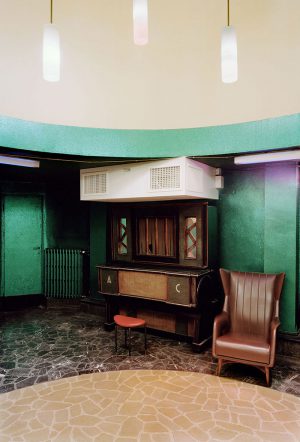